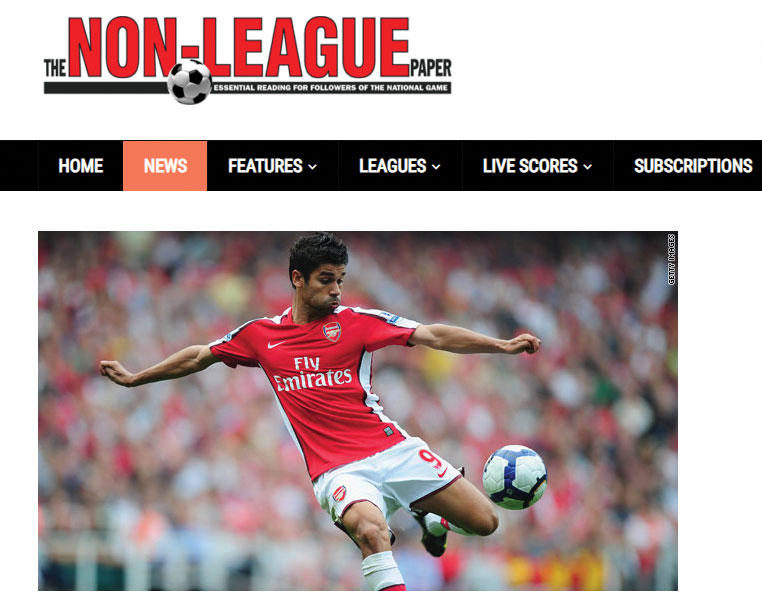 The Non-League Paper has sparked an explosion of media interest in Gillingham Town, the Kent club being backed by former Arsenal stars Eduardo and Denilson.

The amazing story of how Eduardo and fellow Brazilian Denilson, who was at Arsenal from 2006 to 2013, are supporting a club formed by a handful of recovering alcoholics who play in front of a handful of fans was revealed in The NLP two weeks ago.
Since then, the Kent County League club’s director Alex Bernardes has been interviewed on Talk Sport’s Hawksby and Jacobs programme and Town’s co-founder Paul Pickford was interviewed live on BBC Radio London.
And that’s just for starters, as Bernardes says: “Eduardo and Denilson have both given interviews and we are anticipating coverage from The Sun, The Guardian, The Athletic and World Football Index.

“It’s very exciting and it all came about because of the brilliant article in The Non-League Paper that has inspired some media to contact us directly.”

Eduardo, 37, financed Gillingham Town to play at Central Park Stadium last season as well as the first team shirts whilst his friend Denilson was recently unveiled as a club ambassador.
Eduardo, the third highest scorer in Croatia’s international history since taking citizenship in 2002, explained his interest was a result of ‘wanting to give something back to English football which is part of my home’ after his highly popular but injury-hit spell with Arsene Wenger’s side.
Bernardes added: “It’s great that The Non-League Paper has got the word out about all our plans to build not only the football club but help the local community.
“Our plans to invite Eduardo and Denilson to England are on hold currently due to the Coronavirus but we are busy reaching out to businesses through our new Gillingham Town Business Club.”